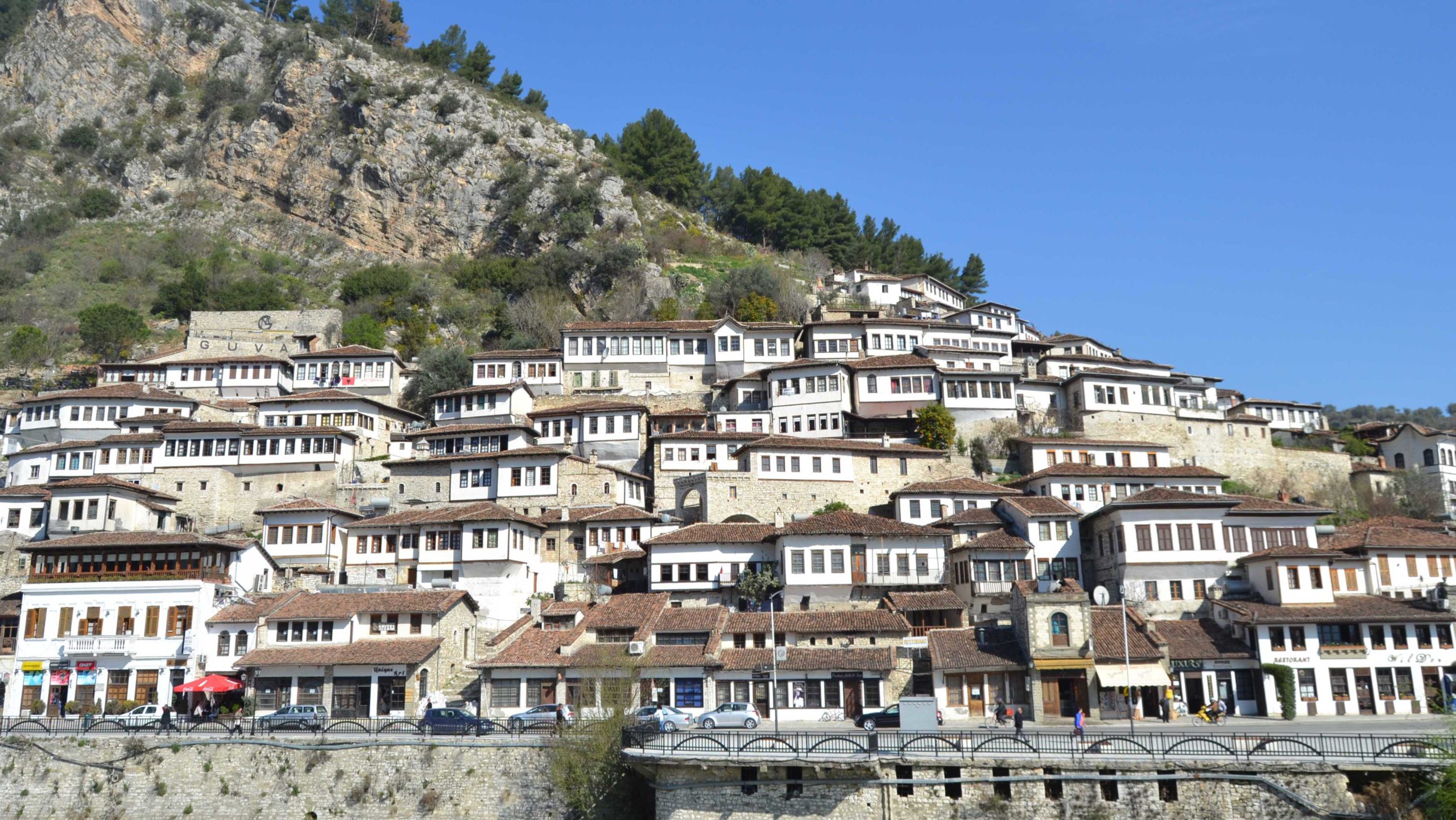 The Legend of Berat: Two Mountains and a River

If you have read thus far our Albanian Legends section, you already know what they have in common. Sacrifice is the main thing of these tales, whether for a person or a principle. The legend of Berat makes no exception. However, this legend is not about a castle or a monument. It is about the beautiful surrounding nature of Berat, Albania.

The Legend of Berat

The main characters of the legend of Berat are two brothers named Tomorr and Shpirag, who were inseparable.

One day, Tomorr met a pretty fairy named Osum and fell deeply in love with her. Next, the same thing happened to Shpirag. On the other hand, Osum loved both of them, so she continued meeting them secretly, without them knowing about one another. Sooner or later, Tomorr found out about everything and tried to convince Shpirag to stop seeing Osum. Nevertheless, furious Shpirag refused. That is when the fight started. Tomorr cut his brother to pieces with his sword, while Shpirag kept throwing stones at him. Thus, they both died. When Osum heard about the tragedy and the death of the two brothers, she started crying endlessly. The legend says that the two brothers turned into mountains, and the tears of Osum created the Osum river, situated between them.
So, if you decide to visit Berat in Albania, you will see that the surface of Mount Tomorr is full of holes, and Mount Shpirag is full of craters.

A visit to Berat, Albania

The city of Berat in Albania was built over the Osum river, around 2400 years ago. So, you can have spectacular views of both mountains. The dramatic Mount Tomorr has an impressive height of 2416 meters above sea level. It is not only an important piece of Albanian folklore but also a place for outdoor adventurers and spiritual pilgrims. Shpirag, on the other hand, offers great hiking experiences, amazing distant views of Berat, and a glimpse of the rural Albanian life. Meanwhile, Osum river flows through the breathtaking Osum Canyon, offering a thrilling rafting experience.

As for the city itself, Berat is a testimony of Albanian history, culture, and architecture. Therefore, in 2005 it became part of the UNESCO World Heritage list. When visiting Berat, you will witness how the western and eastern cultures beautifully emerge in one small city. Find out yourself!

We use cookies to ensure that we give you the best experience on our website. If you continue to use this site we will assume that you are happy with it.
Cookie settingsACCEPT
Manage consent

This website uses cookies to improve your experience while you navigate through the website. Out of these, the cookies that are categorized as necessary are stored on your browser as they are essential for the working of basic functionalities of the website. We also use third-party cookies that help us analyze and understand how you use this website. These cookies will be stored in your browser only with your consent. You also have the option to opt-out of these cookies. But opting out of some of these cookies may affect your browsing experience.
Necessary Always Enabled

Performance cookies are used to understand and analyze the key performance indexes of the website which helps in delivering a better user experience for the visitors.

Analytical cookies are used to understand how visitors interact with the website. These cookies help provide information on metrics the number of visitors, bounce rate, traffic source, etc.

Advertisement cookies are used to provide visitors with relevant ads and marketing campaigns. These cookies track visitors across websites and collect information to provide customized ads.

Other uncategorized cookies are those that are being analyzed and have not been classified into a category as yet.